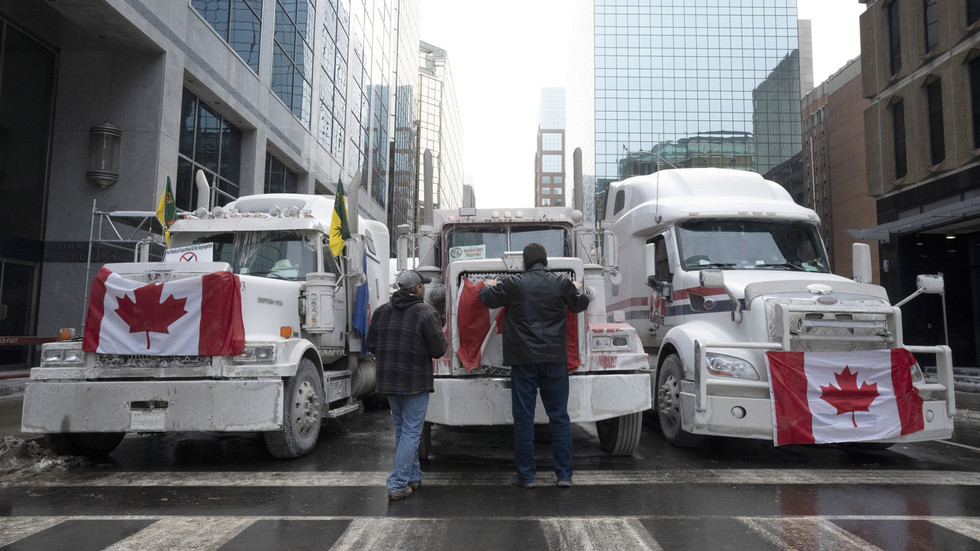 Despite technical issues caused by an increase in traffic, the new campaign is growing rapidly

A website hosting a new fundraising effort to support truckers protesting Canada’s vaccination mandates is experiencing major technical difficulties, with a surge of traffic clogging the platform after GoFundMe canceled a previous campaign that made millions of dollars.

Shortly after GoFundMe launched the “Freedom Convoy 2022” campaign on Friday afternoon, organizers made another attempt on Christian crowdfunding platform GiveSendGo, raising more than $150,000 in just hours. A spike in visitors, however, caused problems for the website.

“We know the site is slow or experiencing a server error. We’re working on it! Everyone on deck. There are thousands on [the site] make successful donations, so please try again if you get an error! » It said.

We know the site is slow or experiencing a server error. We are working on it! Everyone on the bridge. There are thousands of successful donations, so please try again if you get an error! (also repelling all attacks that come with the territory) Pray for wisdom and resilience!

The new fundraiser includes a brief video from organizer Tamara Lich, who explained that GoFundMe ended the previous campaign that raised some $8 million (C$10 million) after disbursing just $1 million, freezing the rest.

“We decided to team up with an organization called GiveSendGo, which is going to allow us to get donations to truckers much, much faster while everyone sorts out the rest of these things,” she said adding “You know we plan to be here for the long term, for as long as it takes to ensure your rights and freedoms are restored.”

The money is being raised to support a convoy of truckers who descended on Canada’s capital to demand an end to cross-border vaccine requirements, staging a massive protest in Ottawa. Others gathered near the border with the United States, creating a blockade of large trucks and other vehicles.

While local police denounced the gatherings as disruptive and illegal, authorities were unable to disperse protesters for several days. In the wake of GoFundMe’s decision to abandon the original fundraiser, the Ottawa Police Service applauded the move, thanking the site for “Listening to our concerns as a City and as a police service.

“The decision to suspend funding for these illegal protests is an important step and we call on all crowdfunding sites to follow,” It said.

After a review of “relevant facts” and discussions with officials in Ottawa, GoFundMe said the Freedom Convoy campaign violated its rules against “the promotion of violence and harassment”, claiming what began as a “peaceful protest” had become illegal “Occupation.”

“Given this evolving situation, no further funds will be distributed directly to Freedom Convoy organizers – we will work with organizers to send any remaining funds to credible and established charities verified by GoFundMe,” says the platform.

Although millions of dollars remain frozen by the site, it has offered to return the money to any donors who request it by February 19, and said it will continue to work with organizers to send the remaining funds to any charities it considers “credible and established”.