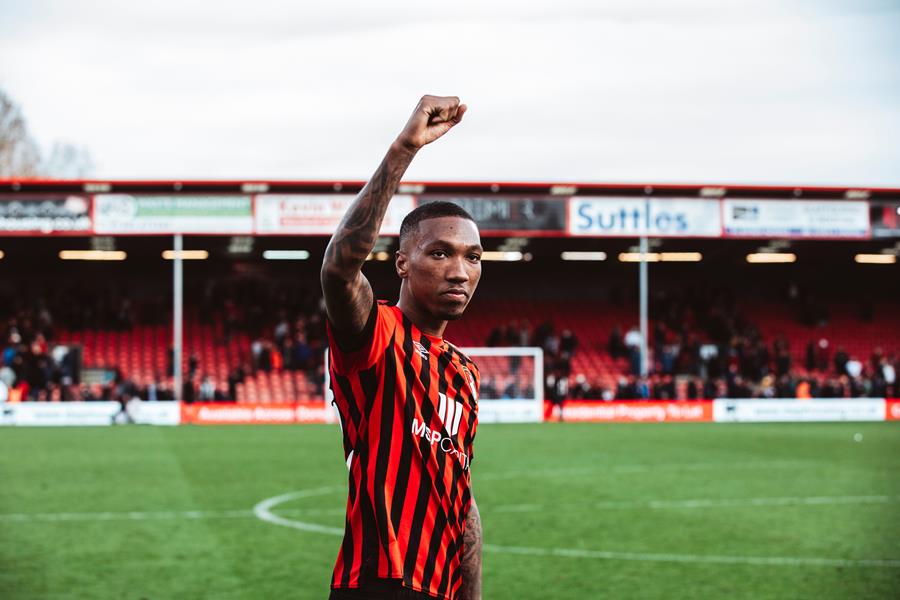 Scott Parker singled out Jaidon Anthony for his praise during his post-match press conference following the win over Derby County.

Speaking to the assembled media, Parker highlighted the performance of academy graduate Cherries and said the winger was not appreciated enough for what he brought to the team.

The 22-year-old was a possessed player at times on Saturday, playing a key role in the opening goal. His run from the left, which included two nutmegs, created the opening for Dominic Solanke to come home.

He continued to wow the crowd in the second half, playing with confidence and freedom down the left, and even completed his third nutmeg of the game when he left Derby County winger Malcolm Ebiowei in his wake.

However, Parker believes it is his work off the ball that deserves the most credit, as he helped the Cherries to a 14th clean sheet of the season.

Parker enthused: “Jaidon Anthony is a massively under the radar player, what he does for this team is just amazing at times.

“In possession, you see his qualities, his calm, his silkiness when he makes good decisions, but what goes unnoticed is his defensive side, what he brings to this team.

“I thought he embodied everything we were today. Jaidon was superb and I was very happy with him.

Anthony wasn’t the only player to receive praise from Parker after an impressive team performance at Vitality Stadium, making sure to acknowledge Jefferson Lerma’s return to the squad.

Lerma was missing recently through suspension, having been sent off in the win over Birmingham City in February, but was quick to return to his best on Saturday.

Parker said: “Jeff has missed a lot of football this year, but when he’s been involved in games we’ve normally been on the bright side of results and I don’t think it was luck.

“He’s really a driving force at times and he also gives us a bit more security on both sides of the game.

“Off the ball he was very good, we know that, but on the ball, in the position he was in today, he was a constant threat between full-back and centre-half and a lot of problems arose. on his side in terms of what we were talking about.

The Cherries are back in action on Tuesday as they host Reading at Vitality Stadium.