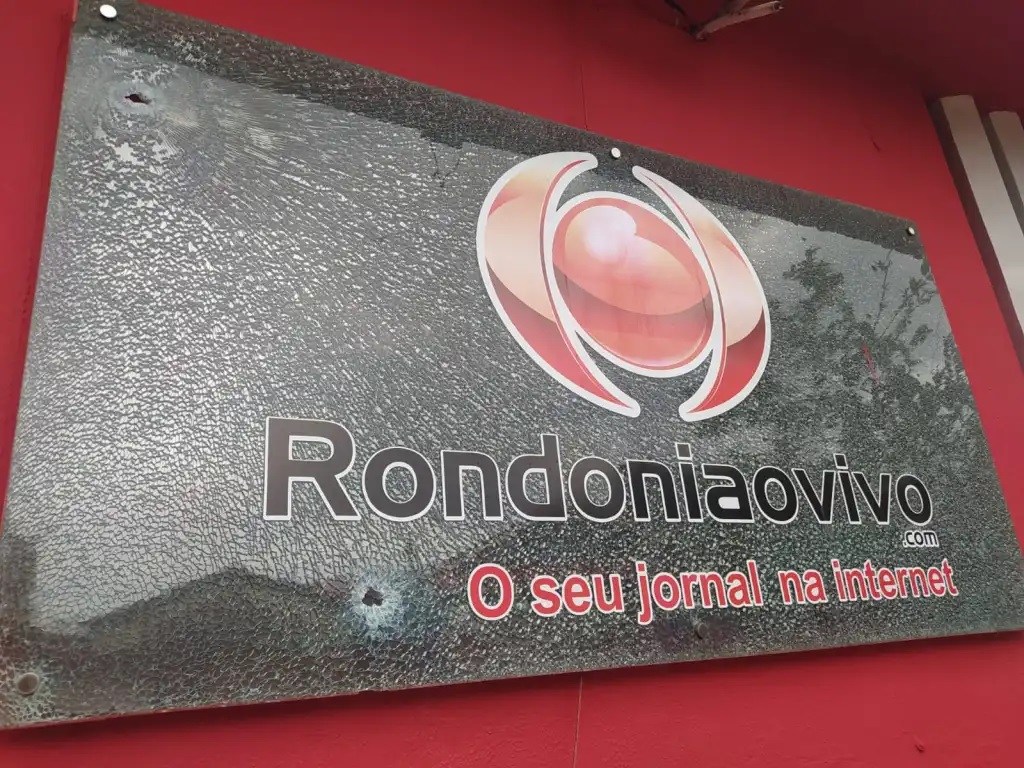 HAVANA TIME – The authorities of the state of Rondônia, in northern Brazil, must carry out a prompt and thorough investigation into the shooting attack on the headquarters of Rondoniaovivo and adopt all the necessary measures to ensure that the staff of the outlet can report safely, Journalists Protection Committee said Thursday.

At around 3:40 a.m. on Saturday November 12, an unidentified man was shot several times at the headquarters of the private news site Rondoniaovivo in the town of Porto Velho, the capital of Rondônia, according to several dispatches, the director of information media outlet Ivan Frazão and owner Paulo Andreoli, who spoke to CPJ in separate phone interviews.

The shots hit and shattered the front door and windows, but no one was hurt because the building was empty at the time, according to the Rondoniaovivo report, security camera video, Frazão and Andreoli.

Andreoli and Frazão told CPJ they believe the attack was in retaliation for the media’s critical coverage of protests in Rondônia in support of President Jair Bolsonaro, who lost his re-election bid on October 30. Andreoli said that in recent days several offensive comments have been posted on Rondoniaovivo’s newspaper website, but they have not received any specific direct threats.

“The authorities in Rondônia must immediately investigate the violent attack on the headquarters of Rondoniaovivo, hold the perpetrators to account and adopt all necessary measures to ensure that the media’s journalists can continue to report safely” , said Natalie Southwick, coordinator of CPJ’s Latin America and Caribbean program in New York. “The disturbing pattern of continued harassment and intimidation of journalists covering protests by Bolsonaro supporters across Brazil poses a threat to the safety of journalists and press freedom.”

Andreoli said that military police officers arrived at the scene around 6 a.m. on Saturday, November 12, and that he handed over all security camera footage to civilian police, but as of Wednesday, November 16, the authorities had not provided him with an update on the investigation.

“It was politically motivated. It was a message. Pistolagem (professional hitmen or armed bandits) exist in Rondônia,” Andreoli said. “But we’re not going to stop. Our journalism will continue. More cautiously, but it will continue.

Rondoniaovivo, which was founded 18 years ago, covers topics including general news, security and police, and is one of the main local news outlets in the state, Frazão said.

The Rondônia state secretary of security and defense press office said in an email to CPJ that military police officers who arrived at the scene at 6:39 a.m. on Saturday, November 12, found the headquarters of Rondoniaovivo full of bullet marks and 20 projectile casings. at the scene. The email also said that investigations were ongoing and that police had “identified a person suspected of shooting, but have yet to confirm this with further evidence”.

According to a Nov. 10 joint statement from 14 civil society organizations, there were at least 40 incidents of attacks or harassment against journalists covering pro-Bolsonaro protests following the Oct. 30 run-off presidential election. .