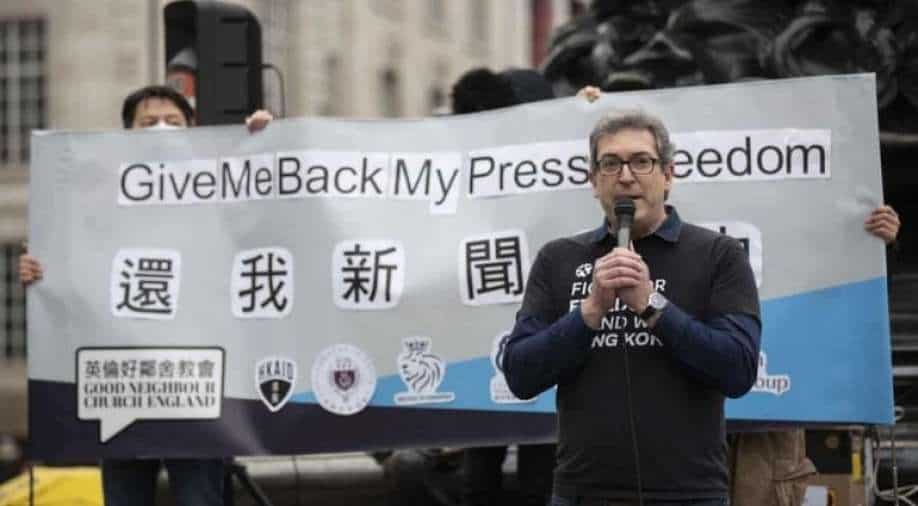 China on Tuesday censored a website of a Hong Kong rights group as part of a crackdown on free speech.

Known as Hong Kong Watch, the UK-based advocacy group said its website was not accessible through some networks in the Chinese-ruled city.

“If this is not just a technical malfunction and Hong Kongers will no longer be able to access our website due to national security law, then this is a serious blow to the freedom of Internet,” said Benedict Rogers, the group’s leader.

“With the steady stream of website takedowns, there are fears that China may begin to introduce its Great Internet Firewall into the city. Over time, this could have serious ramifications for the continued presence of Western tech companies in the city. town.

“The last example shows that at any time, the Hong Kong authorities can decide to block a website. It also shows (…) how opaque the process of blocking and censorship is,” said Lokman Tsui , digital rights expert and former journalism professor.

Hong Kong, once seen as a bastion of free speech within authoritarian China, has been transformed by a 2020 law that Beijing imposed to neutralize dissent following huge and often violent democratic protests.

More than 160 people have been arrested under the new security law, including pro-democracy media activists and journalists.

Rights groups, foreign governments and activists have condemned the law for reversing freedoms promised to Hong Kong when Britain handed it over to China in 1997.

Often denied bail, many suspects were held for long periods before trial. Among them, several have dual nationality, including tycoon Jimmy Lai, a dual British-Chinese citizen and owner of the now closed pro-democracy newspaper Apple Daily.

Lai was charged for his alleged role in the Tiananmen Vigils, annual events commemorating the bloody crackdown on Chinese students calling for reforms in Beijing.

Hong Kong authorities have shown little tolerance for dissent, and with a “patriots only” electoral system in place, there is negligible pushback from government to legislature.

From hobby to business, why side hustles are here to stay: Website rating examines the new work standard