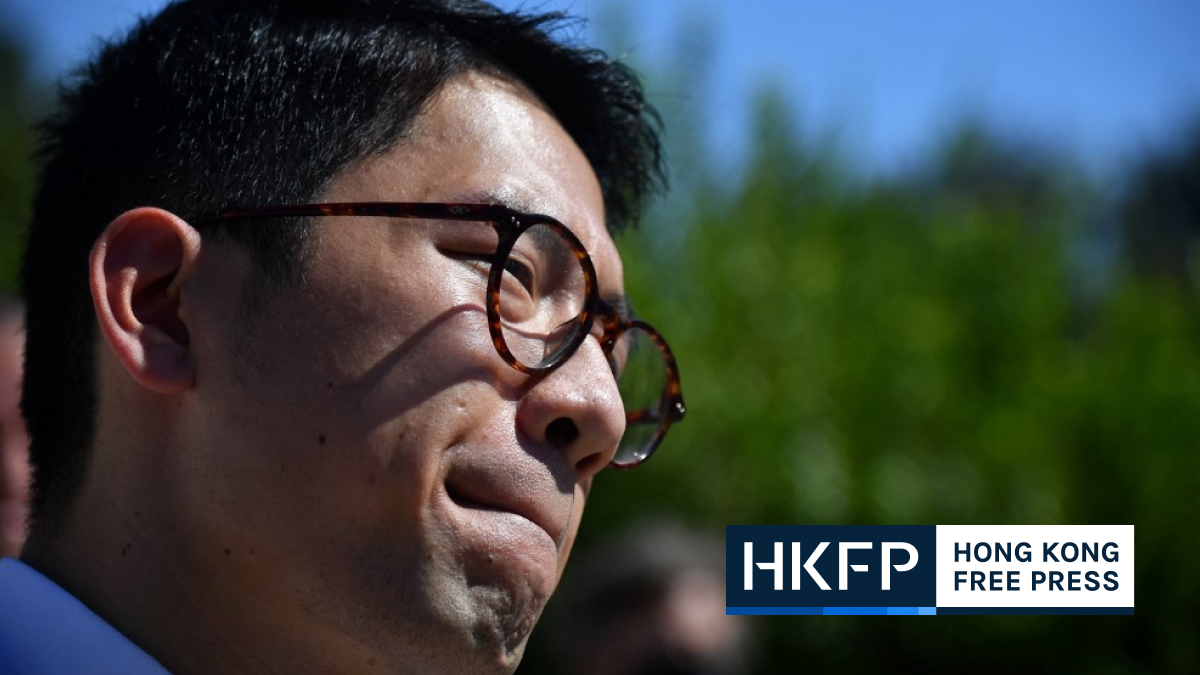 Law, 29, was one of the most prominent figures in the Umbrella Movement’s pro-democracy protests in the former British colony in 2014.

He was elected the youngest lawmaker in Hong Kong’s Legislative Council at 23, only to be quickly disqualified and jailed as a political prisoner.

The activist fled to the UK in 2020 and was granted asylum. He and other activists were nominated by US lawmakers for a Nobel Prize in 2018.

Law told reporters at a book launch presentation in London that under Chinese rule, freedom of speech, assembly and the rule of law were “being eroded at an incredible rate.”

He argued that the West should be careful as the Chinese Communist Party expands its reach around the world amid a “global decline in democracy” and a “rise in authoritarianism.”

“For people who live in a democracy, they must be vigilant about the political situation and defend freedom themselves,” he told AFP.

â€œYou can see from the Hong Kong case how quickly it could deteriorate. “

China and the UK agreed in 1984 that Hong Kong would maintain its way of life for 50 years after the UK abandoned its colonial outpost in the Far East in 1997.

But China has raised international concerns, including introducing a draconian national security law, which critics say is designed to silence dissent.

Law said the Chinese authorities had gained confidence and realized that they did not need the financial center “to be a showcase of their eagerness to catch up with the West.”

The 221-page book draws parallels between the repressive regimes in China, Russia and Turkey.

Law argues that the leaders of such regimes “do not seek revolution, but rather to guide societies towards acceptance of their oppression.”

“We lose our freedoms when we no longer really believe in them,” he wrote.

After going into exile, Law publicly severed ties with his family in Hong Kong to protect them from retaliation.

He said the Chinese government has called him a “national enemy” and sees the return only as a distant prospect, “perhaps in decades when it will be free and democratic.”

“If I were to come back now, I think decades of imprisonment is the minimum charge, if not life.”