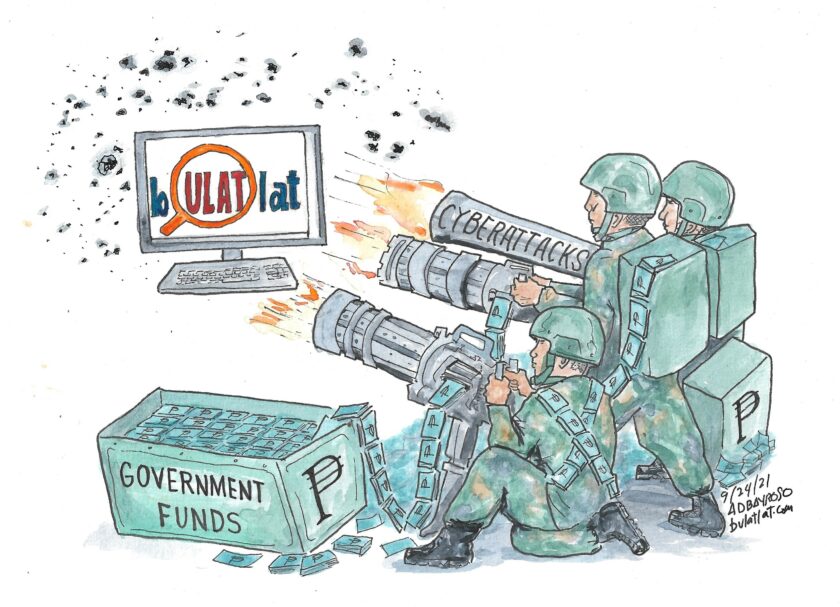 NAGA CITY — International media are appalled by the National Telecommunications Commission’s order blocking online access to Bulatlat and other alternative news Pinoy Weekly, which the Philippine government accuses of having links to terrorism.

“Blocking access to independent media under the pretext of suspected terrorist affiliations is a clear attempt to censor and control the media,” said the International Federation of Journalists (IFJ), the world’s largest organization of journalists, adding that the Philippine government must immediately restore access to all media sites affected by the blocking order.

On June 8, the NTC ordered all internet service providers to block their respective users from accessing Bulatlat and 26 other websites following the National Security Council’s so-called “request”. In said request for the letter, the Security Council cited Anti-Terrorism Council (ATC) resolutions designating several groups and individuals as terrorists.

Critics have previously argued that the controversial anti-terrorism law does not contain any provision allowing the blocking or removal of a website.

“Freedom of the press and freedom of expression are rights guaranteed by the Constitution of the Philippines and international human rights law. They must be protected,” the IFJ said in its statement.

In his statement, Human Rights Watch deputy Asia director Phil Robertson criticized the Philippine government for its red flagging and harassment of journalists and activists, calling the NTC memorandum a “brazen attempt” to censor journalists. progressive groups and the media.

Since the release of the memorandum, the National Security Council (NSC), which requested the memorandum from the NTC, has yet to be able to provide evidence to support its claims that the groups on its list, including media outlets were affiliated with terrorist organizations.

Robertson urged the Philippine Senate and House of Representatives to review the anti-terrorism law, which he said allowed the NSC to do so.

Bulatlat and Pinoy Weekly have both been relentlessly red-tagged over the years. They were also among the news sites targeted by massive cyberattacks since 2018.

Last year, a wave of cyberattacks against Bulatlat were attributed to the Philippine military.

The Philippine Chapter of the International Association of Radio and Television Women – Philippines (IAWRT) also stood in solidarity with the independent media following the NTC’s directive and called the latest attack “appalling”.

“The recent blockage takes Red Flag to another level of recklessness and irresponsibility that brutally attacks freedom of the press and the public’s right to know,” the group said in its statement.

“This recent attempt to muzzle the independent press, waged in a blitzkrieg fashion, has only caused media people to stand back in defense of press freedom and gain wider support. of the public,” he added.

The Foreign Correspondents Association of the Philippines (FOCAP) also expressed concern over the memorandum and its constitutional violation of the right to freedom of expression.

“The measures taken by government agencies to censor the independent media that make up the country’s diverse and vibrant fourth estate are dismal. Attempts to control narratives and suppress criticism of government policies violate democratic principles,” FOCAP said in its statement.

Bulatlat’s wire partner, Progressive International, also condemned the memorandum and called it an attempt to “muzzle PI Wire’s partner and tireless voice of the people, Bulatlat.” 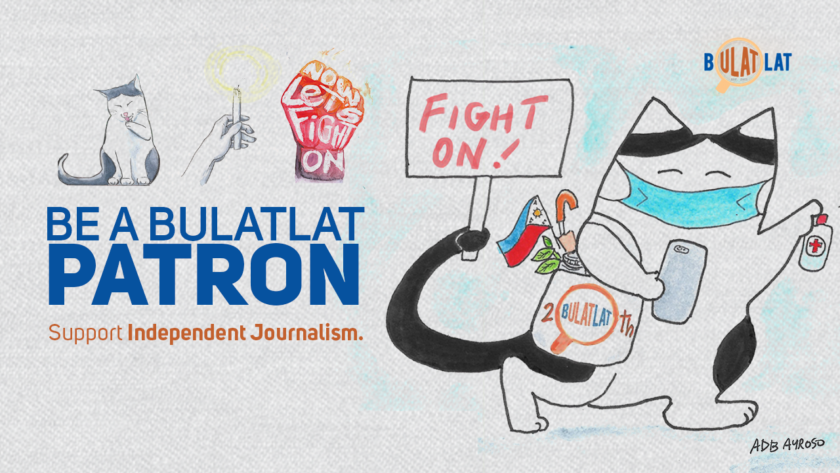