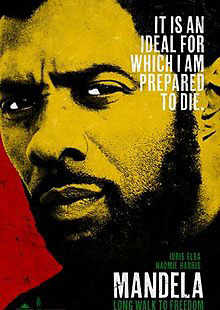 By Debbie R. Edgerton Last updated Oct 1, 2021
0
Share
Story: Nelson Mandela has come a long and difficult road – how did the world join him?

Review: Right now, Mandela: the long road to freedom shows you an icon in a whole new light. Many know of Nelson Mandela’s fight against apartheid in South Africa, his decades-long imprisonment, his faith in non-violence. While this film shows all of that, it also shows more, capturing a man who started out as deeply confused, full of conflict and charm, gravity and pleasure. It was then that Nelson Mandela rose from becoming a lawyer in the making in 1940s Johannesburg, full of jazz bars and pretty girls, courts and cruel cops, a friend telling Mandela he was becoming a man. to watch, in the wry retort, “Maybe I should sell tickets” – to an African National Congressman, speaking to demos and blowing up plants, as his character evolves. We then see Mandela become the Madiba that the world knows.

Along the way, Mandela loses more than his freedom. Fed up with his strolls, his first wife leaves. His mother is furious as he struggles between pleasures and principles. When Mandela meets Winnie, a tough social worker, her identity becomes sharply defined. He goes from a simple seeker of joy to a fully determined fighter against apartheid. Mandela and his associates are imprisoned for life – but battling loneliness and savagery, Mandela becomes larger than life.

This fast-paced movie extends beyond an icon. Alongside Mandela, he follows the anti-apartheid movement itself, from peaceful boycotts to office blasts, to the terrible civil war and the return to peace. It captures the formidable romance of Africa, its rose-gold panoramas as beautiful as blush, its rhythms, its vibrations and its colorful tribes. And it has a fabulous performance. Naomie Harris is brilliant as Winnie Mandela, capturing her seething trauma – imprisoned and tortured, Winnie’s “Don’t Touch Me” thrills a police officer – her insistence on fierce revenge and her break-up with Madiba.

Next to it, Idris Elba’s Mandela towers gracefully, full of complexity, yet simple enough to emphasize that you can’t hate each other without hating yourself. Camera work skillfully captures individuals and crowds while the soundtrack, from jazz to Bob Marley, brings you the energy of the world to free Mandela.

Watch this – while making you laugh and cry, it takes you on a wonderful walk.