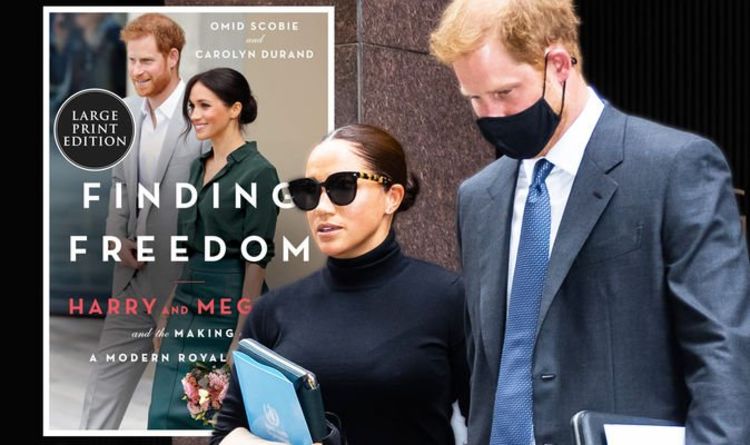 The book – written by Omid Scobie and Carolyn Durand – focused on the married life of the Duke and Duchess of Sussex and was published in August of last year. Finding Freedom explains in detail their relationship, royal family and personal life.

Harry and Meghan have both denied any involvement in the biography, saying its authors do not speak for them.

The Duchess of Sussex has launched legal proceedings against Associated Newspapers Limited (ANL) for copyright infringement over what she claims is a private letter written to her ex-father, Thomas Markle.

In September last year, the ANL argued that the Duke and Duchess of Sussex had “cooperated with the authors of the recently published book Finding Freedom to publish their version of certain events”.

Now, Meghan and Harry’s former communications secretary Jason Knauf has submitted a witness statement to the Court of Appeal.

In the statement, Mr Knauf said Harry and Meghan “authorized specific cooperation in writing in December 2018”.

Mr Knauf said “the book has been discussed directly with the Duchess on several occasions in person and by email”.

He claimed Meghan gave the authors of the book “useful” written “substantive reminders” and “when you sit down with them” briefing notes.

He said in an email presented in evidence: “The Duchessâ€¦ added the points of information that she wanted me to share with the authors when I met them.”

Mr Knauf’s testimony to the appeals court was supported by text messages and email exchanges, the Sunday Times reported.

Roya Nikkhah, editor-in-chief of The Sunday Times, tweeted: “Knauf also says that Meghan told him in texts that she had” obviously “written her August 2018 letter to her father” with the understanding that she could be leaked “to the media, so she was ‘meticulous’ in her choice of words, calling him ‘Dad’ to ‘pull the chord’ if it leaked.”

It comes after Meghan and Harry continued to deny any involvement in the book.

In her statement, Meghan said: “It is not true that my husband and I (or any of us) spoke to the authors for the purposes of the book.

“We also didn’t meet with them ‘towards the end of 2018′, let alone at any time to discuss’ how [we] would cooperate in the drafting of the Book â€.

Mr. Knauf replied that he was against the idea, mainly because he did not expect the Book to be hostile to us and he did not want to offend the authors.

“While I do not agree or understand Mr. Knauf’s point of view, I have followed his direction and did not send a proactive email to my friends despite my wish.”

Mr Knauf served as Harry’s communications secretary for four years from February 2015 and Meghan’s after their marriage.

He still works for Prince William and Kate, the Duchess of Cambridge, at Kensington Palace.