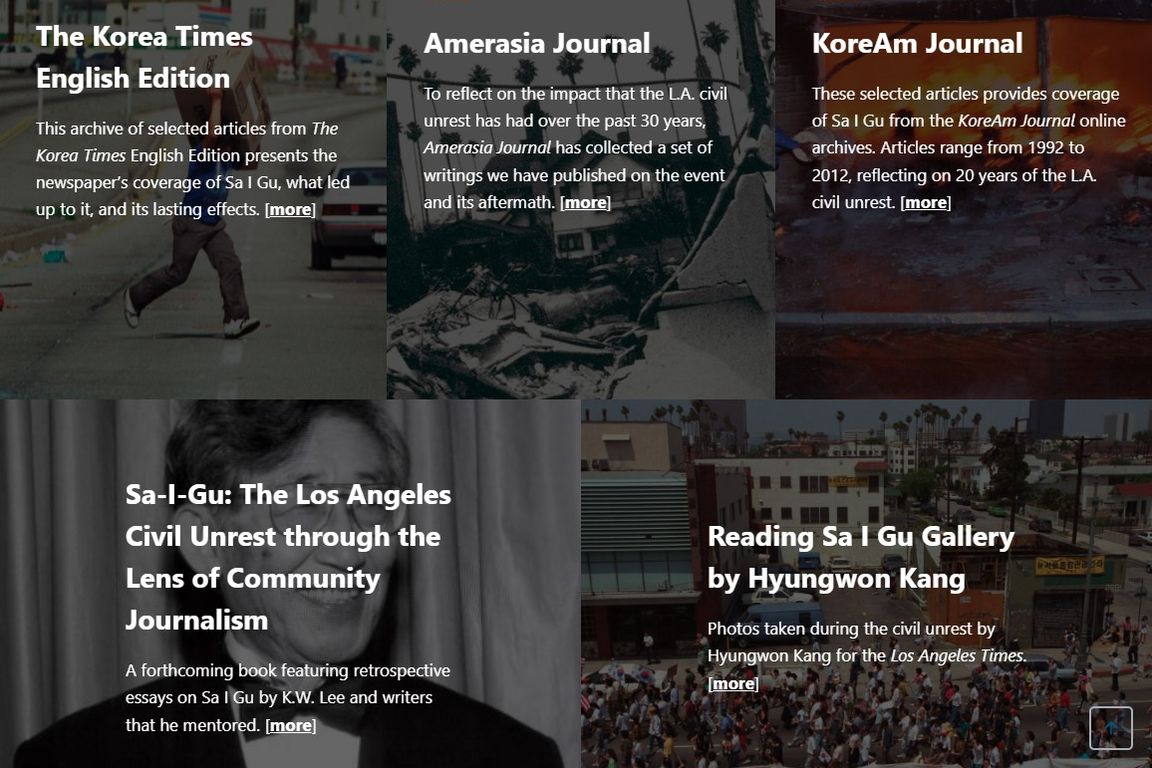 Ahead of Asian American and Pacific Islander Heritage Month this year, Los Angeles marked a grim anniversary, the 30th anniversary of what Korean American communities have come to call Sa I Gu.

The phrase refers to April 29, 1992, the date that sparked six days of civil unrest that began in South Los Angeles and spread throughout the city. The city was already a powder keg of pain, trauma and racial resentment – ​​fueled by the death of teenager Latasha Harlins and longstanding over-policing and economic inequality in South Los Angeles. So when a predominantly white suburban jury acquitted the four Los Angeles Police Department officers charged with the brutal beating of Rodney King, the anger and fury of thousands erupted.

Three decades later, Black, Asian American, Latino and Indigenous communities still face rampant racial tensions, trauma and inequality, exacerbated by the pandemic. One of the goals of the Center for Asian American Studies at UCLA is to create publicly accessible educational materials that help contextualize and create understanding around the experiences of people from these communities. The latest is “Reading Sa I Gu”, the most complete archive journalistic and academic writings related to the events of 1992.

Compiled by a group of researchers, editors, and students, the site contains hundreds of articles, images, and videos from the past 30 years that can help anyone better understand Sa I Gu in a way that centers the views of Korean Americans. The project was inspired by Korean American journalist named Pulitzer, KW Lee, who has been a pioneer in American media for the past 50 years. It was made possible with the support of Jerry Kang, Korea Times-Hankook Ilbo Endowed Chair in Korean American Studies and Law.

“In order to fully understand Asian Americans today, we must understand and share the key experiences that have historically shaped and continue to affect our lives in the United States,” said Karen Umemoto, Helen and Morgan Chu Endowed Director of the UCLA Asian American Studies Center. “In this time of media misinformation, our stories, writings and authentic community stories matter more than ever.”

Sa-I-Gu is a term used by Korean Americans to remember the 1992 Los Angeles civil unrest, commonly referred to as the LA Riots or the LA Uprising. Sa I Gu translates to “4-2-9” and refers to the first day of a six-day period of protests and violence – considered by some to be the first multiracial uprising in contemporary American history, Umemoto said. . It is estimated that the events at Sa I Gu caused over $1 billion in property damage and that approximately 2,000 Korean-majority businesses were damaged or destroyed.

“For Koreans, this event was the boundary between their immigrant past and their future as part of a multiracial, multiethnic America that has not always welcomed their political, economic, or cultural participation,” Umemoto said.

Read Sa-I-Gu consists of materials from:

The site is designed for students, scholars, and those interested in the history of Los Angeles civil unrest from the perspective of Korean American journalists, ethnic studies scholars, and Asian American writers.

“It has always been essential to remember and reflect on events like this in history, but it seems even more important now in the current climate of attacks on ethnic studies across the country,” said Umemoto. “What more could we all do to ensure these important conversations happen in classrooms? »

Events like Sa I Gu are transformative for communities, and it takes constant effort to understand the lasting impact of these types of events, she said.

“It’s important that we learn to have these safe conversations and make them productive because the painful memories of those times live on with us today, for some more than others,” Umemoto said. “These collective memories of milestone events are like the lines on the side of a mountain, sedimented in layers buried beneath the surface that shape the terrain on which we live. This website contains a layer of those collective memories, especially of Korean Americans who experienced Sa I Gu. Hopefully excavating these stories can bring clarity to our current view of the social landscape of Los Angeles and beyond.

Reflecting on the existential significance of Sa I Gu and its implications for the Korean American community today, journalist KW Lee (whose essays and articles are featured in the site’s materials) said:

“Korean Americans are no longer here as residents or guests. We are here to live and die in the urban trenches because we have given so much of ourselves and gained so much freedom in return.

England and Wales Cricket Board (ECB)