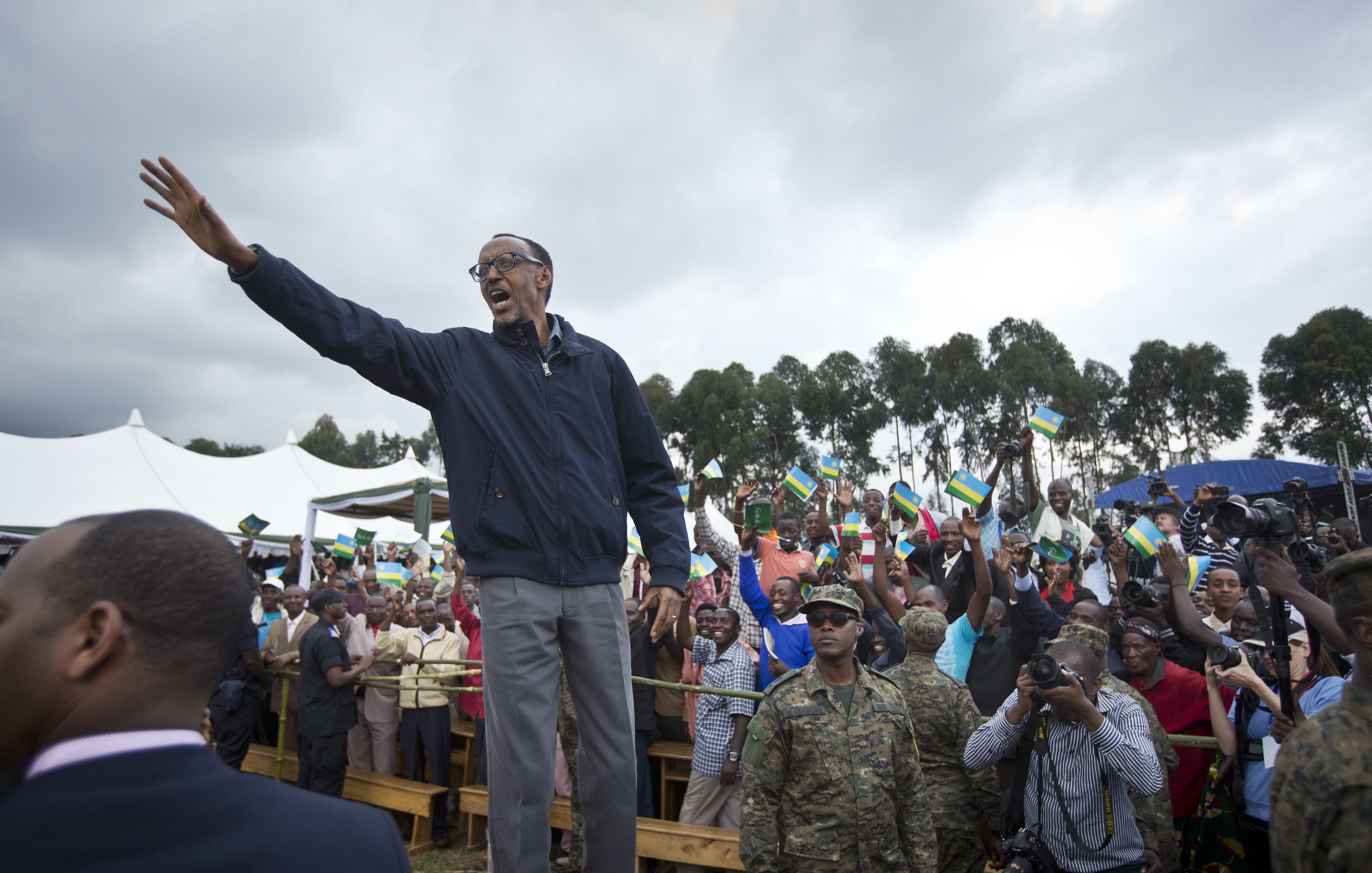 Rwanda’s longtime President Paul Kagame inspires deeply polarized views. While some opponents and human rights activists criticize his regime, accusing it of rights violations and a tough approach; others praise him for having rebuilt the country after the genocide of 1994, and see the interest in him serving a third term, when he has already been in power for 22 years.

Today, a book on Rwanda illustrates similar competing views, this time on the state of the media environment in this East African country.

Journalist Anjan Sundaram’s recent book Bad news: the last journalists of a dictatorship, offers a sobering perspective on the end of independent journalism in Rwanda. Sundaram, who has reported from Central Africa for the New York Times and The Associated Press, spent four years in Rwanda training journalists and filling his own notebooks with damning stories of journalists subjected to censorship and threats .

The stories Sundaram tells reinforce the judgments of press freedom defenders like the Committee to Protect Journalists (CPJ) and Freedom House, who recently reported that independent Rwandan journalists “were frequently harassed, threatened and arrested.”

CPJ has documented the killings of 17 journalists in Rwanda since 1993 and, in a 2015 report, wrote that although the country’s government is stable, it “continues to act ruthlessly against critics and political figures in the country. opposition â€. In June last year, the Rwandan government banned Kinyarwanda BBC broadcasts after the news agency aired a documentary on the genocide, which claimed 800,000 Rwandan lives. The documentary suggested that the president was involved in a plane crash that triggered the killings, and more ethnic Hutus were killed than previously reported.

Sundaram arrived in Rwanda in 2009. His book opens with a bomb attack in the Rwandan capital of Kigali. With the instinct of a journalist, Sundaram rushed to the scene of the explosion, but discovered that all traces had been quickly erased.

The police there insisted that nothing had happened. There was no government statement, and the news outlets never reported the explosion, nor the others that followed.

â€œI was told ambulances had arrived – their sirens were silent,â€ Sundaram writes. “But the road was now practically clean.”

It was through his training courses that Sundaram said he began to understand the conditions of local journalists. His book describes a beaten student in a coma. Another HIV-positive suffered physical and psychological violence. A student called “Gibson” lived in a constant state of paranoia until he was forced to flee Rwanda, Sundaram wrote.

The story has been described by Western media as “courageous”, “important” and a “powerful celebration” of the resolve of Rwandan journalists.

But back in the country, some Rwandan journalists went wild, calling Sundaram’s criticisms of the Rwandan media environment extremely exaggerated.

“Fabrications and Distorsions” indicted a January 12 article in the Kigali newspaper The Rwanda Focus, published the same day as Sundaram’s book and republished by sites like RwandaWire.com and AllAfrica.com (which has since deleted the article).

Days later, Gonzaga Muganwa, executive director of the Rwandan Journalists Association, dismissed Sundaram’s book as obsolete in an online article for the Kenyan weekly The East African. â€œThe government has, over the years, done a lot to ensure press freedom,â€ Muganwa wrote.

“[Rwandan journalists] report the facts as they are, as expected of journalists. We don’t have generalized anxiety.

Sundaram’s book used pseudonyms for the journalists he had trained, but the author of the Rwanda Focus article, Sam Nshimiyimana, claimed to be â€œMoses,â€ one of the central figures in the book who helped Sundaram grow up. connect with other Rwandan journalists and traveled with the author. visit a genocide memorial.

According to Nshimiyimana, students in the Sundaram class were jailed for extortion, not for writing negative stories about the government, as the book describes. And Nshimiyimana said that â€œGibsonâ€ (Alphonse Nsabimana, according to the Rwanda Focus account) made up his story of wanting to flee Rwanda.

“I can only conclude that they wanted to have a refugee journalist to fill the need for such in the planned book,” Nshimiyimana wrote. “And all Nsabimana wanted was a one-way ticket to anywhere in Europe or beyond.”

Asked to comment on the article’s allegations, Shyaka Kanuma, editor-in-chief of The Rwanda Focus, initially agreed to answer questions sent by email, but did not respond to follow-up questions. A Rwandan government spokesperson declined to comment.

Sundaram did not confirm the identity of any of his students in a telephone interview, but said he was not surprised by the criticism: â€œI think what they are saying only strengthens my narrative that there is no room for dissenting narratives in Rwanda today. He said, adding that none of his former students are currently working as a journalist.

In a telephone interview in February, Muganwa said that while Sundaram was working in Rwanda, some local journalists actively opposed the government, which led to clashes. Now, he said, “the situation is much calmer,” with journalists remaining politically neutral and the government relaxing some restrictions.

“They report the facts as they are, as you would expect from journalists,” he said. “We don’t have generalized anxiety with reporters.”

During public readings, Sundaram responded to criticism by pointing to the 12-page list published at the end of his book of Rwandan journalists arrested, killed or missing since Kagame took power.

Sundaram’s book ends in December 2013, four months after the Rwandan Media Commission [RMC] was created to remove government responsibility for regulating the media and to investigate cases of defamation, plagiarism and ethics, according to its website. But the commission itself was persecuted and its leader, Fred Muvunyi fled the country in July after criticizing the government for banning the BBC, according to Kerry Paterson of CPJ Africa.

Muvunyi was quoted in The East African story about Bad news saying that although he did not agree with all the statements in the book, “no critical reporting is allowed [in Rwanda], even if it has a base.

The Rwandan press has had a troubled past, with Human Rights Watch and the International Criminal Court both citing the role of the media in promoting violence during the genocide.

Paterson said Rwanda has since relaxed some restrictions on journalists. Yet press freedom suffers from a “chilling effect”, she said; and fear of persecution prompts many to self-censor critical reporting.

“What this tells you,” Paterson said, “is that the government always tries to maintain control over what is or is not appropriate to be shared or said.”