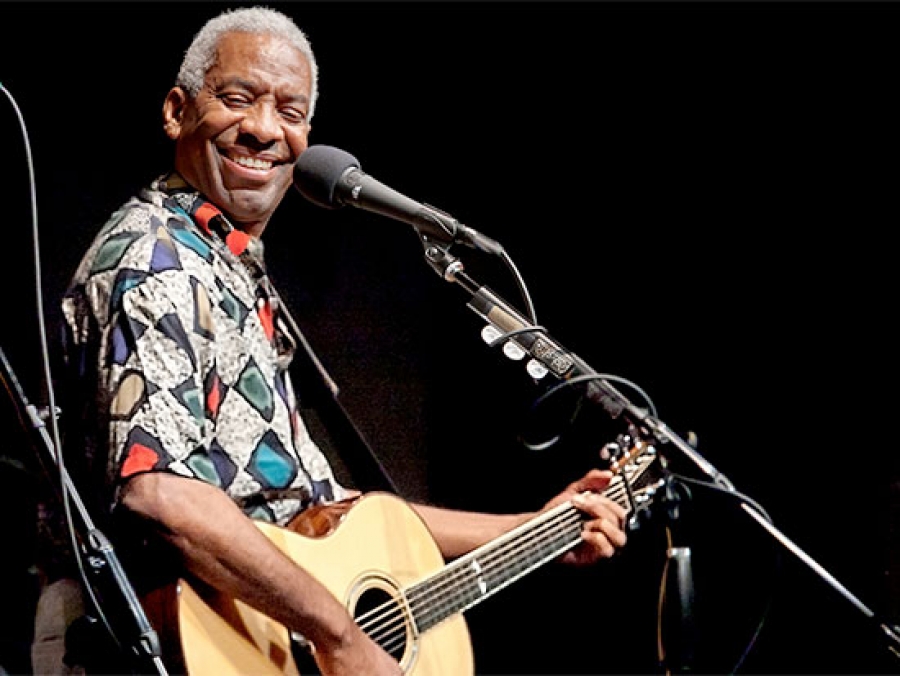 An accomplished musician and storyteller, Reggie Harris combines a strong folk and gospel heritage with a solid background in classical, rock and pop music.Learn the facts and legends of one of the most moving chapters in American history through an award-winning story, song and film.

“Sing to Freedom: Music and Stories of the Underground Railroadâ€Is an original, multimedia exploration of slavery and the quest for freedom created and performed by Reggie Harris. It is presented by the University of Alabama at Birmingham Alys Stephens Performing Arts Center in honor of Black History Month.

The show is scheduled for 2 p.m. on Saturday, February 3. Tickets cost $ 15 for adults, $ 10 for students and children. UAB teachers and staff can benefit from a 20% reduction on single tickets. Call 205-975-2787 or visit www.AlysStephens.org for tickets or more information. This show is made possible by Vulcan Materials Co.

â€œSing to Freedomâ€ is presented in the form of stories, songs and stories. This program offers a historical and musical perspective that reveals the hope, power and possibly triumph shared by a network of people of many races. A dynamic and carefully researched presentation, it integrates songs, stories and audience participation with an award-winning film segment that highlights important aspects of this powerful historical chapter of America.

Harris, along with his wife and creative partner, Kim, will perform for the centre’s Meet the Artist series free for Kindergarten to Grade 3 students at 10 a.m. and 12:30 p.m. on Friday, February 2. They will also present an ArtPlay Workshop for teachers which offers a historical and musical perspective on spirituals, coded songs, conductors and routes of the Underground Railroad. The workshop was developed in association with the John F. Kennedy Center for the Performing Arts.

Accomplished musicians and storytellers, Kim and Reggie Harris combine a strong folk and gospel heritage with a solid background in classical, rock and pop music. Creative curiosity, years of experience on the road and on stage, and interactions with performers such as Pete Seeger, Ysaye Barnwell, Jay Leno, Tom Paxton, Bernice Johnson Reagon, Harry Belafonte and others led them to produce music that entertains and inspires. Kim and Reggie were born and raised in Philadelphia, a city rich in cultural and musical heritage, and their early exposure to the diversity of musical styles and genres was nurtured in the schools and churches of their youth.

Audiences at venues such as the Kennedy Center, Brooklyn Academy of Music, Smithsonian Institution, Reunion Arena in Texas, and the Psalm Festival in Graz, Austria, as well as a myriad of theatrical centers, festivals, of universities and schools, gave this source of inspiration. duo standing ovations for their vibrant performances. Through their “Steal Away” and “Get On Board” CDs and material developed through their work with the Kennedy Center, Kim and Reggie have been widely acclaimed for their contributions to historical and educational resources and the knowledge base. on the Underground Railroad. and the modern civil rights movement.