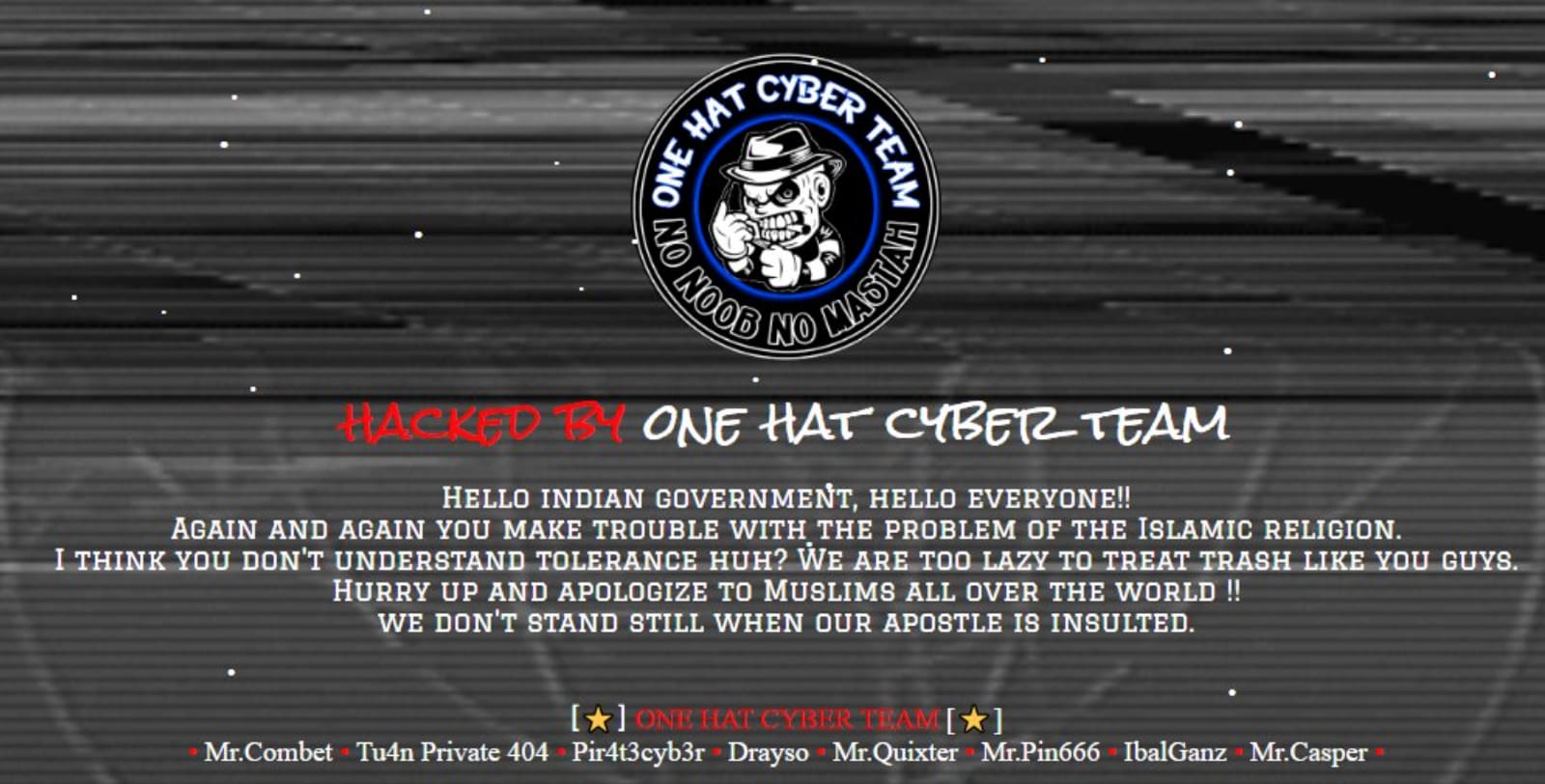 The homepage of the Thane Police website showed this message from the hackers. (Image credit: Screenshot/thanepolice.gov.in)

The Thane City Police Station website was reportedly hacked on Tuesday, with a message apparently directed at the Indian government demanding an apology from “Muslims everywhere”.

The Thane City Police Station website was reportedly hacked on Tuesday, with a message apparently directed at the Indian government demanding an apology from “Muslims everywhere”. A senior police official here confirmed that the website had been hacked.

“We have contacted the relevant agencies for the necessary actions. Thane’s cybercrime team is working on it,” he said. When opening the website, the message on the screen read: “Hacked by one hat cyber team.” He further said, “Hello Government of India, hello everyone. Again and again you bother with the problem of the Islamic religion. “Hurry up and apologize to Muslims everywhere!! We do not stand still when our apostle is insulted,” the message read. We at News18 tried visiting the Thane Police Station website, and the post appears to have already been deleted. The website currently opens to a black screen that says “under maintenance”.

The “One Hat Cyber ​​​​Team” is a group of hackers from Indonesia. The group, on their Instagram, say they are a “community organization” and their bio says “demand justice for freedom”. The hacking group also has a blogpost webpage, but the information on that page is in Indonesian, and there are some codes and scripts whose purpose we could not immediately verify.