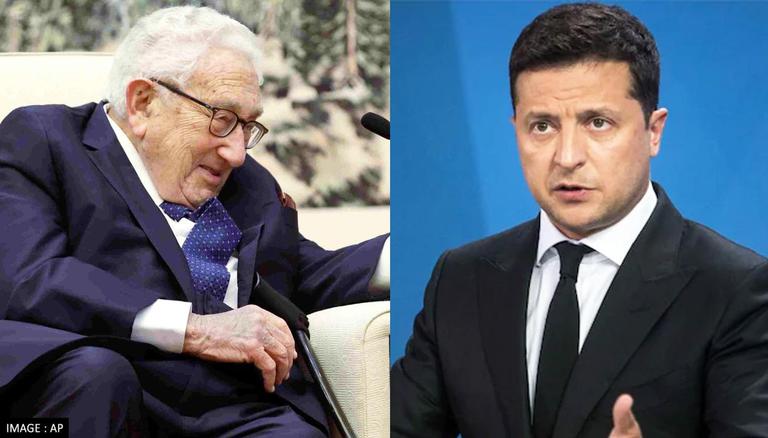 Former US Secretary of State Henry Kissinger has come under fire from Ukrainian officials for proposing the war-torn country cede control of areas occupied by the Russian military in order to reach a peace deal. According NextaTV, Kissinger was listed on Ukraine’s “Peacemaker” website as an “accomplice in crimes against Ukraine.”

According to reports, the Ukrainian website has blacklisted thousands of pro-Russian voices since the start of the war. The Peacemaker site also publishes personal information about those believed to be “the enemy of Ukraine”.

Ukrainian President Volodymyr Zelenskyy has also criticized Westerners for suggesting that Kyiv should give up territories annexed to Russia.

He said those “big geopoliticians” who advocate this have ignored the concerns of ordinary Ukrainians. “We always have to think about people and remember that values ​​are not just words,” he said, according to The Associated Press (AP). Zelenskyy also compared those who advocated ceding Ukrainian territory to those who ceded territory to Hitler in 1938 in hopes of avoiding World War II.

Speaking at the World Economic Forum (WEF) in Davos on May 23, Kissinger had defended the “status quo ante” in Ukraine, implying that Russia should be allowed to keep Crimea, which it captured in 2014. Kissinger also declared that to continue the war beyond a certain point would constitute a new war against Russia rather than the freedom of Ukraine.

“Kissinger’s timeline appears to be set for 1938, not 2022, and he believed he was addressing an audience in then-Munich, not Davos,” the Ukrainian president said.

Notably, the Ukrainian authorities have declared that the country will not accept any ceasefire agreement involving the ceding of territory to Moscow. Mykhailo Podolyak, Ukraine’s chief negotiator in the stalled peace talks, said any concessions to Russia would be nothing but a postponed conflict.

“Ukraine does not exchange its sovereignty or its territories and the Ukrainians living there,” he added. He further warned that agreeing to a truce now while making concessions to Russia would backfire on Ukraine, as “Moscow would retaliate more forcefully after any interruption in the battle.”